Patmos is a religious destination of worldwide interest thanks to the Cave of Revelation and the Monastery of Saint John. At the same time it is an ideal holiday destination, as it has the necessary infrastructure to accommodate even the most demanding visitors. There are 20 wonderful beaches, beautiful sights, walking trails, archaeological sites and monasteries. Also the Monastery of Theologos with the Byzantine settlement of Chora, unique on an international level, will enchant you.

Its uniqueness, in comparison to the other Aegean islands, lies on its religious monuments, its sanctity and mysticism and its primitive tradition. Its natural environment, architecture, picturesqueness and mild tourist development make it an idyllic destination.

It is considered the second most sacred part of the world after Jerusalem, because of the events that took place within the Cave. God appears to John and dictates to him the book of Revelation. That is why it is called Jerusalem of the Aegean. Patmos was declared "Sacred Island" by the law 1155/81 of the Greek Parliament and has joined the 7 best Religious Destinations of Europe through the COESIMA program.

It has been characterized as a traditional island, a place of special natural beauty and has gathered many international awards. UNESCO has proclaimed 3 World Heritage sites in Patmos, the Holy Cave, the Monastery with its famous museum and the archeological and traditional settlement of Chora with the famous Byzantine mansions.

Also, the picturesque Grikos Bay was recently voted by international committees as one among the 10 most beautiful bays in the world.
It has been repeatedly acclaimed by international organizations and magazines as a cosmopolitan magical island which is endowed and blessed by God and nature. It is no coincidence that it has been described as the elite of tourism.

Patmos and its holy cave* 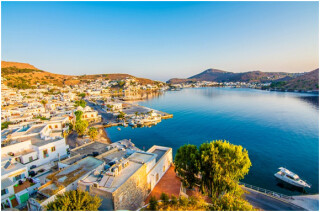 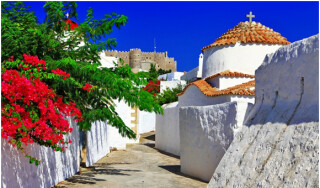 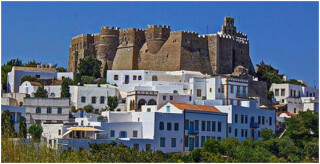 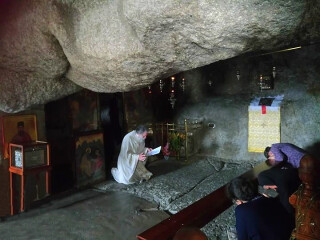 *The photos are courtesy of Pixels Patmos

Read about our policy and our actions regarding the measures we apply for COVID-19.